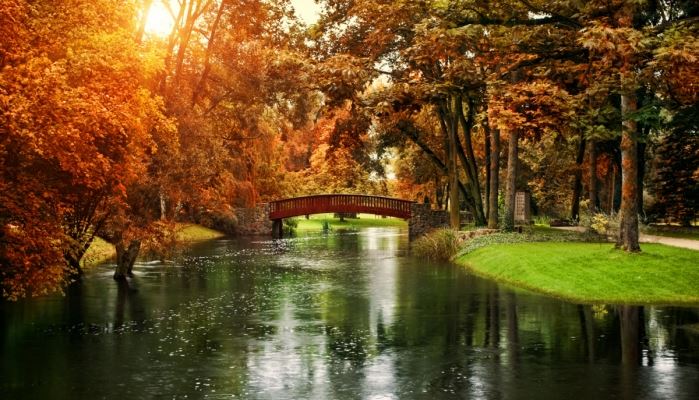 Enjoy a journey in Warsaw and follow there Chopin’s footsteps. Unusual stop will be St. Cross Church where is an urn with the heart of the composer. After the visit to the Museum in Ostrogscy Palace in Warsaw, we will go to Żelazowa Wola, Chopin’s birthplace.
Book the tour now
Zelazowa Wola
Visitationist Church
Zelazowa Wola 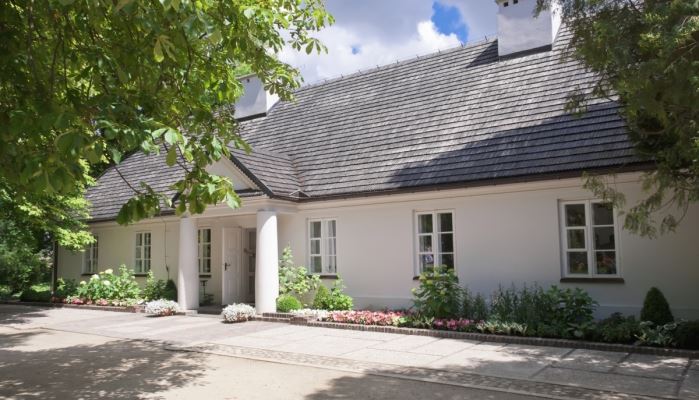 The composer repeatedly came to Zelazowa Wola and during his visits in the summer brought out a piano to the garden, so that the music was listening not only by household, but also by peasants from the surrounding villages.

Today, in the park you can enjoy more than 10,000 species of trees and plants watered for more than 100 kilometers an irrigation system.

Taking care not only about the visual and olfactory qualities, in the park installed a professional sound system, which establishes the right mood, not only in the mansion, but also in all major locations. 116 speakers of Bose brand in the shape of mushrooms hidden among the plants. Each speaker emits sound within a radius of 360 degrees – from 10 to 80 W.

The result is an impression of listening to the live music of Chopin. 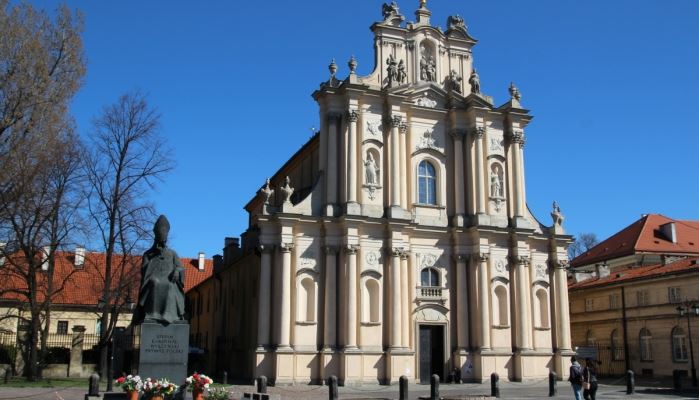 Warsaw. Visitationist Church. One of few sights in Warsaw which survived the war.

Noteworthy is magnificent baroque interior with pulpit in the shape of a boat with a sail, web and anchor, and historic organs on which played Chopin. In this church held concerts and compulsory Sunday Masses for pupils and students.

From a letter of Frederick: “I was lyceum organist. For this reason, they must respect me. Ha, gracious lord benefactor, what I am a head! The first person in the whole High School after parish priest! […] I play every week, on Sundays, at the Visitationist on the organs, and the rest is singing.”

Until today, survived from organs three voices (flutes), which sound the same as in the days of Chopin. Subbas 16′ in pedal. Bourdon 16′ in manual 1 and Doubeltflet 8′ in manual 2.

Today, the church for Poles is associated not only with the composer, but also with well-known poet-priest Jan Twardowski, who in 1960 was the pastor there for decades, and with his famous verse: Let’s hurry to love people, they pass away so fast.

What are the best tours in the footsteps of Frederic Chopin ?

What is the fastest way to get from Warsaw to Birthplace of Frédéric Chopin ?

Where are places to visit about Chopin ?

How much is guided tour of Warsaw Chopin and Zelazowa Wola Tour ?

How long is tour of Warsaw Chopin and Zelazowa Wola ?

The total duration of the tour: 7 hours.

How far is Zelazowa Wola from Warsaw ?

Distance between Warsaw and Zelazowa Wola is 50 km / 31 miles.

Distance between Zelazowa Wola and Brochow is 12 km / 7 miles.

Distance between Brochow and Warsaw is 60 km / 37 miles.

How long is the drive from Warsaw to Zelazowa Wola ?

Time of Warsaw Chopin and Zelazowa Wola Tour may vary slightly due to the situation on the road or random events which are out of Organizer’s control.