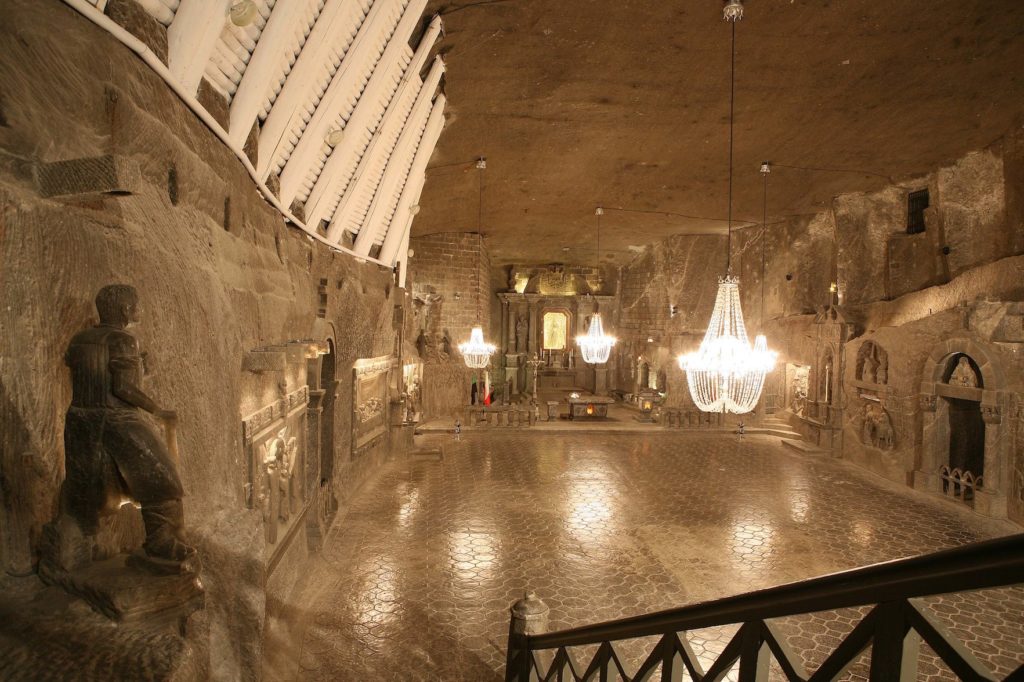 A visit to dazzling Kraków and fairy Wieliczka Salt Mine (the first traces of salt production date back 5000 years). At the beginning we will get directly to the mine, to after visiting the underworld kingdom get to the center of the Old Town.
Book the tour now
Krakow
Wieliczka
Krakow 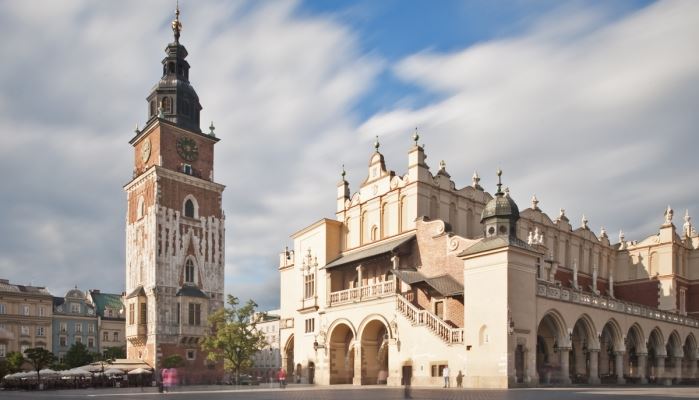 Gothic Tower from the fourteenth century is inclined to the vertical by more than 50 centimeters as a result of powerful storms in the eighteenth century and is the only remnant of the town hall destroyed one hundred years later. In the basement of the tower was an inn called by contemporary chroniclers: cave of thieves, basement of swine or den of iniquity. And just behind the wall of the banquet hall, was prison dungeons called “Dorotka”, where they tortured accused of the most serious crimes.

The bad tradition of the basement continued in the 50’s of this century, where in the cafeteria – with always broken ventilation and heating – sat so-called difficult youth who loved to destroy premises. 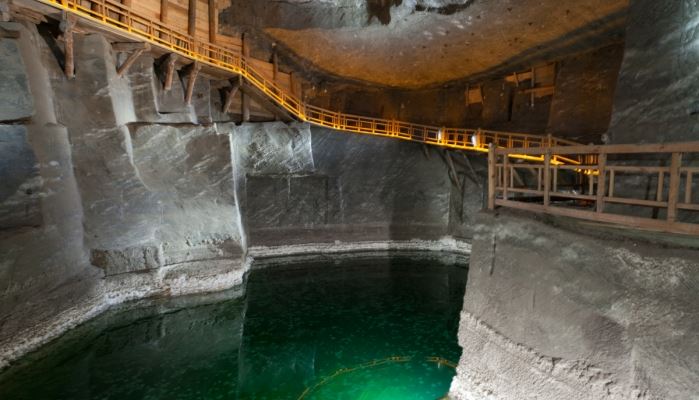 The Wieliczka Salt Mine. Weimar chamber.

It is named after the German city of Johann Wolfgang von Goethe, who, in the eighteenth century, visited the Wieliczka while working on “Faust” (front of the entrance is his monument of salt). The chamber was formed in the usual way for the mine – from the top gained salt, descending lower and lower.

After finish the exploitation in the twentieth century, it was filled with brine and built viewing platforms.

Theoretically speaking drowning in the lake is impossible, but a few years ago in an adjacent underground Wessel lake drowned on a boat a few drunken men (water depth of 20 centimeters to 100 centimeters).

From this time abolished cruises and introduced underground prohibition.

Highlights of Krakow and Wieliczka Salt Mine Tour from Warsaw.

Can you go to Krakow and Wieliczka Salt Mine from Warsaw in one day ?

Krakow and Wieliczka Salt Mine Tour from Warsaw. Trip description.

What's the best way to see Krakow and Wieliczka Salt Mine Tour from Warsaw in one day ?

Krakow and Wieliczka Salt Mine Tour from Warsaw. Itinerary of the Trip.

How do I get to Krakow and Wieliczka Salt Mine from Warsaw ?

3. Sightseeing of Krakow (1,5 hour) with licensed guide in English.

5. Wieliczka Salt Mine. Visiting the Mine takes place only in groups of about 35 persons. Start of the trip is going down by 380 stairs to a depth of 135 meters below ground (happily, return is already by mining lift).

The tour has 3 kilometers of corridors. On the trail is more than 20 chambers with the famous chapel of St. Kinga (built entirely of salt), Michałowice Chamber, Weimar Chamber. The temperature underground is approx. 15 C / 59 F regardless of temperature on the surface.

Krakow and Wieliczka Salt Mine Tour from Warsaw. Practical information.

How much is guided tour of Krakow and Wieliczka Salt Mine ?

How long is tour of Krakow and Wieliczka Salt Mine ?

How far is Krakow from Warsaw ?

How far is Wieliczka Salt Mine from Krakow ?

Distance between Krakow and Wieliczka is 15 km / 9 miles

How long is the drive from Warsaw to Krakow ?

Time of Krakow-Wieliczka Tour may vary slightly due to the situation on the road or random events which are out of Organizer’s control.