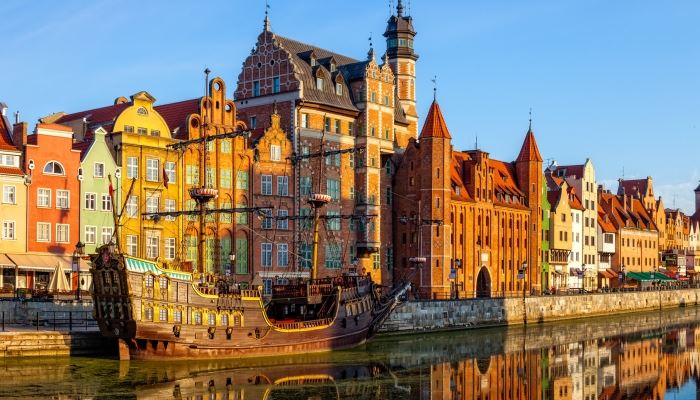 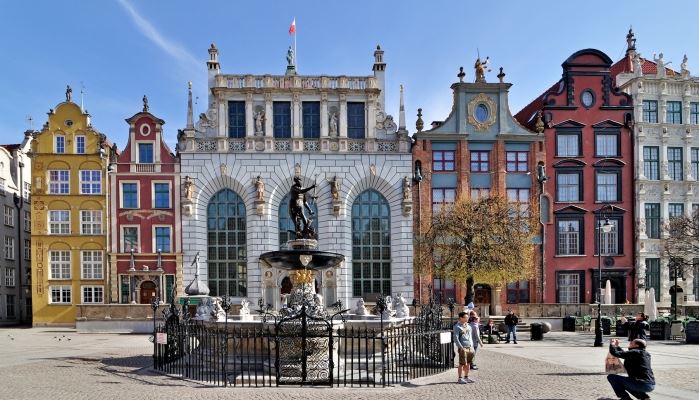 The Fountain of Neptune. Gdansk. Neptune Fountain from the seventeenth century, originally serving as well for residents. Water was supplied by buckets to tanks placed on the roofs of the Artus Court and the Main Town Hall. In the eighteenth century it was open 3 times a week for one hour.

Only in the nineteenth century, when connected it to a municipal water supply, water permanently is there. Neptune with the face of Marcus Aurelius of the Roman Capitol – so as not to offend devout Protestants – has covered penis with fin of sea horse.
In modern times, this “fig leaf” was stolen so many times that impatient city authorities changed the material to produce it on the cheap and brittle material, which is not only easy produce but also is worthless… 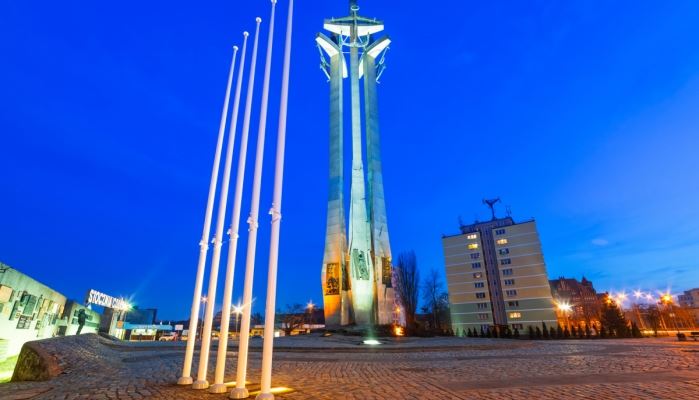 Gdansk. Monument to the Fallen Shipyard Workers – commemorates the events of December 1970 – strikes and protests by workers. It’s near this place, fell the first three killed shipyard workers exiting from the Gdańsk Shipyard. Three crosses with anchors stretched on them have 42 m in height and weigh nearly 140 tons. Direct cause of the strikes in December ’70 were dramatic increases in food prices, announced by the communist authorities just before Christmas.
Arrogance of the authorities is proved by the fact that about the ‘price changes” they informed the public just before the introduction, on Saturday 12th December 1970. At the beginning of the winter fuel price has increased as well. People were outraged.

For good measure Communists mentioned earlier about lower prices on TVs and… locomotives… (!)

Highlights of Gdansk and Sopot day trip from Warsaw.

Can you go to Gdansk from Warsaw?

Day trip from Warsaw to Gdansk and Sopot. Trip description.

How do I get to Gdansk?

5. Sopot – a walk along the pier on the shores of the Baltic Sea.

Day trip from Warsaw to Gdansk and Sopot. Practical information.

Where is Gdansk? Is Gdansk close to Warsaw?

How much is guided tour of Gdansk and Sopot?

How long is tour of Gdansk?

How far is Gdansk from Warsaw?

Distance between Warsaw and Gdańsk is 350 km.

How long is the drive from Warsaw to Gdansk?

Time of Gdansk-Sopot Tour may vary slightly due to the situation on the road or random events which are out of Organizer’s control. 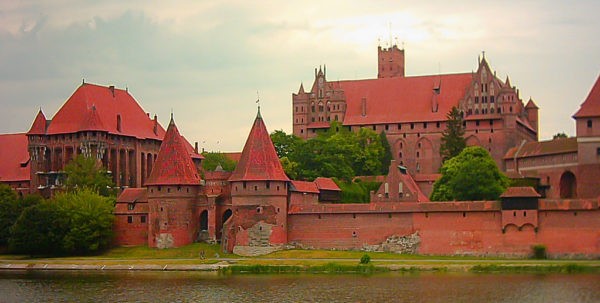