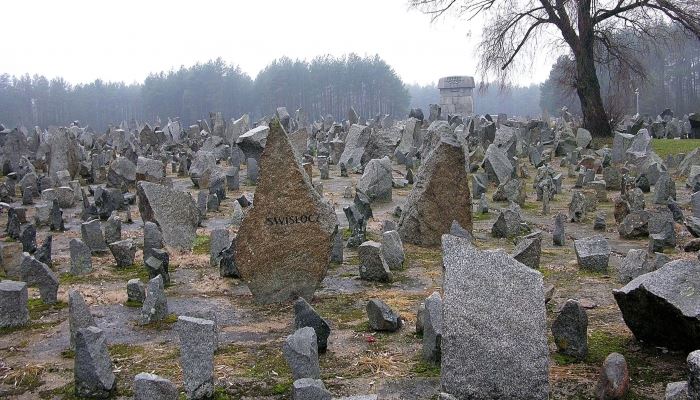 Treblinka Camp was established in mid-1942. Then came here the first transport from the Warsaw Ghetto. Died here more than 800.000 people. Location: 100 km from Warsaw, without direct train or bus.
Book the tour now
Rail tracks
The Monument
Rail tracks 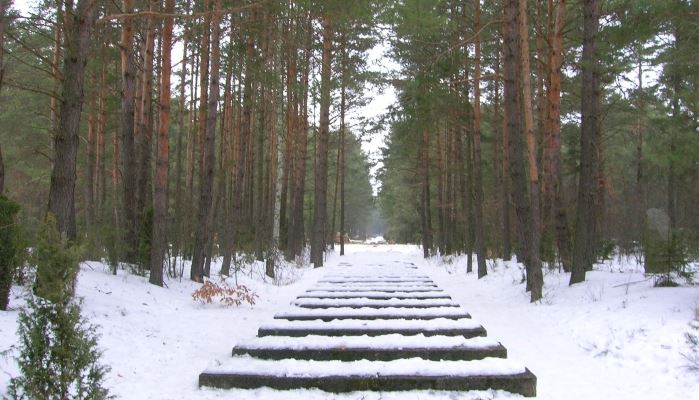 “You are free to take the gold and the money” – this was written on German posters in the Warsaw ghetto.

“They meant more or less: do not forget to bring money and gold ‘” – writes Rachel Auerbach.

Transports brought lawyers, bankers, doctors, landlords. They took with them the whole property. After leaving the wagon they were greeted by following inscription:  “Warsaw Jews! You are in the transit camp, from which you will be transferred to labor camps. To prevent epidemics, you have to give your clothes and stuff for immediate disinfection. Gold, money, foreign currency and jewelry should be deposited at the counter, where you will get a receipt. They will be give back later on presentation of receipts. To be clean, all must take bath before continuing.”

After an hour, murdered people burned on a big grate made by railroad rails.

Treblinka. Monument made from stones. Area of 22,000 square meters covered with concrete, on which put 17,000 stones with the names of Polish towns and cities, from where the murdered people were.

Concrete covers human ashes and protects them from living (yet till the 90’s appeared here gold searchers with metal detectors). The only individual commemoration is a stone dedicated to the memory of Henryk Goldszmit (Janusz Korczak), which together with children from orphanages of Warsaw ghetto was killed in a gas chamber.

Canadian philosopher Emil Fakenheim (prisoner of Sachsenhausen) says that after the Holocaust to the 613 mitzvot was added 614 mitzvah. Injunction of memory. Injunction of fidelity of memory.

Can you go to Treblinka from Warsaw ?

Day trip from Warsaw to Treblinka. Itinerary of the Treblinka Tour.

How do I get to Treblinka ?

2. Treblinka. Museum of Struggle and Martyrdom of Treblinka. Permanent exhibition in the museum with multimedia shows. Symbolic railway track and the platform on which the selection was made. Monument in honor of the murdered. Cremation place.

How much is guided tour of Treblinka ?

How long is tour of Treblinka ?

The total duration of the tour: 5 hours.

How far is Treblinka from Warsaw ?

Distance between Warsaw and Treblinka is 105 km / 65 miles.

How long is the drive from Warsaw to Treblinka ?

Time of Treblinka Tour may vary slightly due to the situation on the road or random events which are out of Organizer’s control. 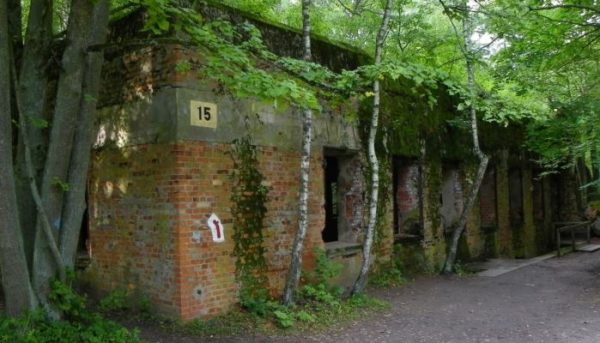 From 385 EUR
Wolf’s Lair (Ger. Wolfsschanze) in 1941-1944 was Hitler’s headquarters. Hidden town in the forest had more than 2.000 staff and consisted of 200 buildings, shelters, huts and 2 airports.
Details & Booking