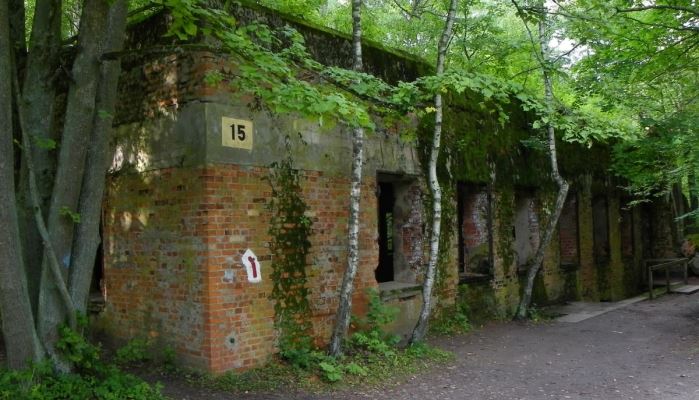 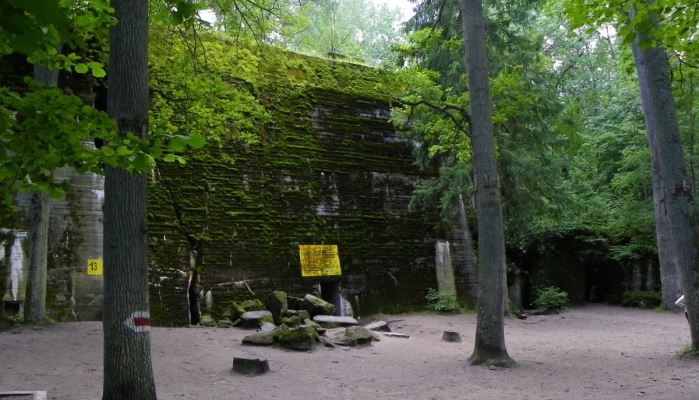 Block 13. Hitler’s shelter. The largest building in the complex. Ferroconcrete walls have a thickness of 7 meters and the ceiling has 8 meters thick.

The bunker was resistant to all common during World War II bombs and missiles.

Albert Speer described the shelter: “If something as a symbol of current time can be expressed in the form of buildings, it is this shelter: externally similar to an ancient Egyptian tomb, was actually a big concrete block, no windows, no direct air supply, the structure whose concrete walls was much more bigger than the usable space. In this tomb he lived, worked and slept. ”

Wolf’s Lair. Block 15 of Göring’s Bunker. Marshal accustomed to a life of luxury, surrounded by art stolen from all over Europe, adapted the shelter to suit his taste. In comparison to other – the bunker stood out with its careful trim and comfort, and bigger space inside. The walls were lined with wood paneling and fireplace warmed the room.

Göring reluctant appeared in Gierloza, though before the war he was a frequent guest on hunting in the surrounding woods, where he proposed Poland to participate in the war against Russia.

In return, Poland would receive Ukraine to the Black Sea. Historians today believe that Germans lacked this number of divisions to defeat Stalin, which potentially could provide allied Poland.

Can you go to Wolf's Lair from Warsaw ?

Day trip from Warsaw to Wolf's Lair. Itinerary of the Wolfs Lair Tour.

How do I get to Wolfs Lair ?

Ride by historic military vehicle: up to 4 persons in German Kurierwagen, up to 7 people in German SdKfz 247 off-road vehicle, up to 17 people in Soviet armored car BTR-40.

How much is guided tour of Wolf's Lair ?

How long is tour of Wolfs Lair ?

Is Wolfs Lair close to Warsaw ? Is Wolf Lair near Warsaw ?

How long is the drive from Warsaw to Wolfs Lair ?

Time of Wolf’s Lair Tour may vary slightly due to the situation on the road or random events which are out of Organizer’s control.

From 300 EUR
Torun – the city of Copernicus, Gothic buildings and gingerbread. In the area of the Old Town with an area of approximately 19 hectares – The Old Town in Warsaw is only 10 hectares – there are over 190 monuments.
Details & Booking