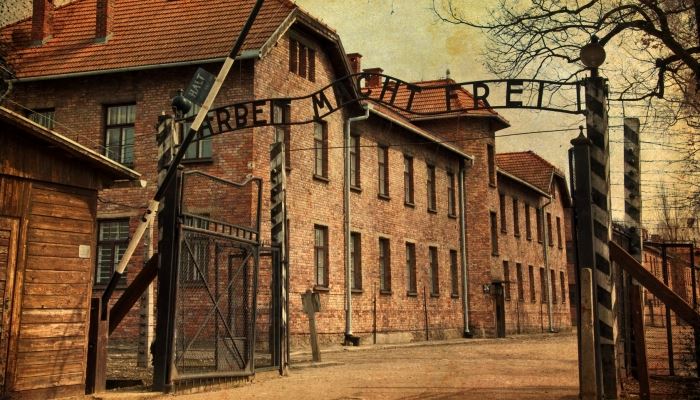 Auschwitz Museum is located 320 km from Warsaw, without direct connection. Public transport travel time from Warsaw to Auschwitz is from 5 to 7 hours one way. The total duration of our tour is 10 hours.
Book the tour now
Auschwitz I
Auschwitz II Birkenau
Auschwitz I 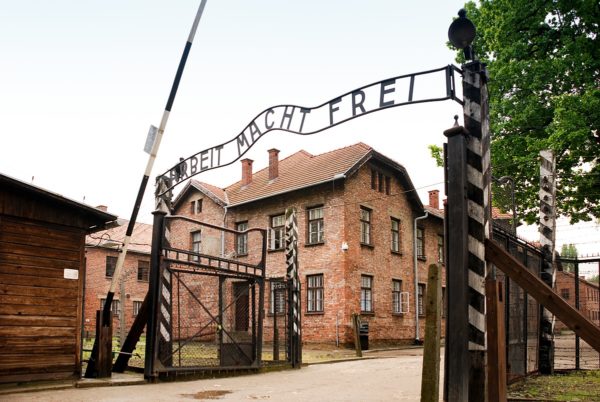 The gate at Auschwitz I camp.

Inscription  “Arbeit macht frei” (Ger. work makes you free) – a paraphrase of a quote from the Gospel of John: “… the truth will set you free”.

Nazi propaganda used that slogan in the 30’s in programs to combat unemployment.
Later, it was used at the entrance gates to several Nazi concentration camps (next to Auschwitz and Dachau also in the Gross-Rosen). 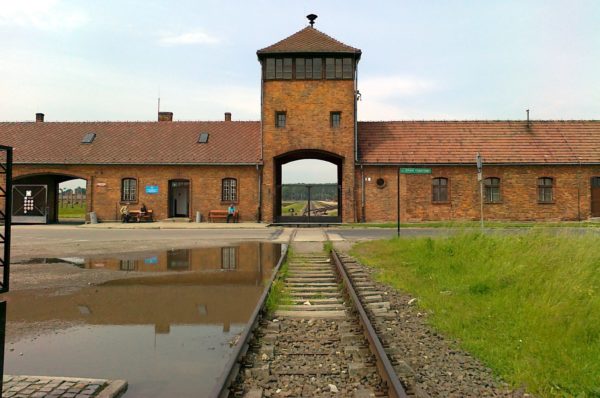 Gate of Death at Auschwitz II-Birkenau.
It served as the main guardhouse and vantage point of the camp.

On the tower placed strong reflectors, which were illuminated at night columns of prisoners going to the gas chambers. Doomed Jews were bringing by railway transports in freight wagons, although some transports from Western Europe were arriving to the camp in normal passenger wagons.

The number of deaths reached nearly 1.1 million people, including 960 thousand of Jews, or nearly 90%.

Highlights of Auschwitz-Birkenau Tour from Warsaw.

Can you go to Auschwitz nad Birkenau from Warsaw?

How do I get to Auschwitz and Birkenau ?

Where is Auschwitz and Birkenau ? Is Auschwitz close to Krakow or Warsaw ?

How much is guided tour of Auschwitz and Birkenau?

How long is tour of Auschwitz?

How far is Auschwitz from Warsaw?

Distance between Warsaw and Auschwitz is 320 km / 200 miles.

How long is the drive from Warsaw to Auschwitz?

Time of Auschwitz-Birkenau Tour may vary slightly due to the situation on the road or random events which are out of Organizer’s control. 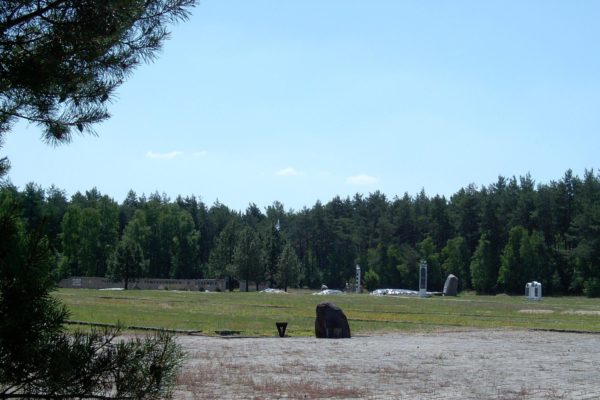