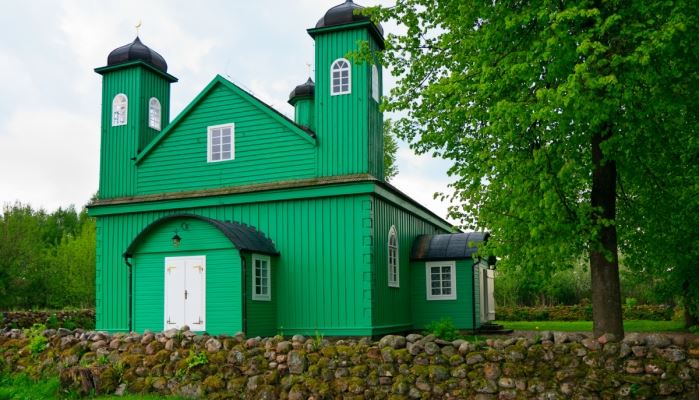 The first Tatars arrived to Poland in the fourteenth century. They fought both together with the Poles against the Teutonic Order, and against the Poles. Since the fifteenth century, in return for military service under the banner of the Polish king, they received lands.
Book the tour now
Green Mosque
Muslim cemetery
Green Mosque 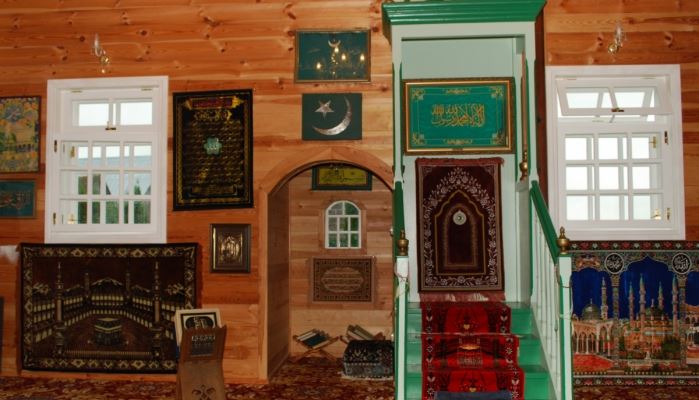 Kruszyniany. Green Mosque. The wooden structure from the eighteenth century, built by local carpenters and joiners, who mapped the appearance of the local Orthodox and Catholic churches. Only green color refers to Islam, because, for example, dome of towers are Byzantine.

To this day, in the mosque are celebrated prayer in Arabic. Because the local Tatars lost the ability of this language – in the sacred books are footnotes in Belarusian and Polish.

Kruszyniany residents celebrate not only all Muslim holidays. They are happy to join to celebrate with their neighbors the Orthodox holidays and Catholic celebrations. For this reason, local children have in school more free days than anywhere else in Poland. 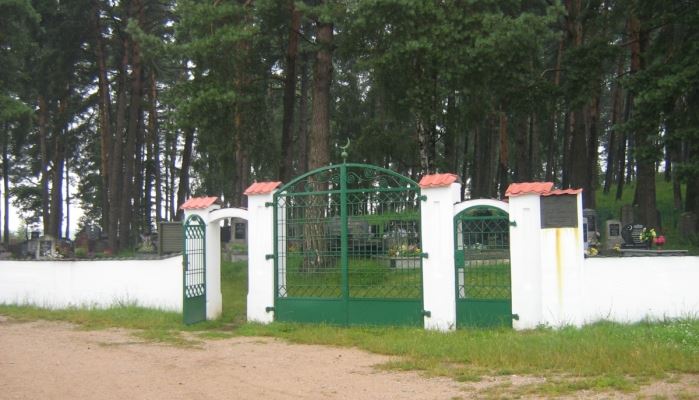 Bohoniki. Muslim cemetery. 2 hectares, the largest existing in Poland mizar was founded in the eighteenth century. The oldest preserved tombstone with a clear inscription dates from 1786. Most of the inscriptions from the eighteenth and nineteenth centuries is in Arabic and Russian, because of the suppression on the use of Polish under Russian rule. All graves are facing east and their right edges are facing the right side in the direction of Mecca – because it is believed that the soul leaves the body from the right side.

Highlights of Mosques Bohoniki and Kruszyniany day trip from Warsaw.

Does Poland have a mosque ? Are there any mosques in Poland ?

What's the best way to see Mosques Bohoniki and Kruszyniany ?

Mosques Bohoniki and Kruszyniany Tour from Warsaw. Itinerary of the Trip.

How do I get to Mosques Bohoniki and Kruszyniany ?

4. Bohoniki. Sightseeing of mosque in Bohoniki with local guide and nearby cemetery with interpreter-guide.

How much is guided tour of Mosques Bohoniki and Kruszyniany ?

How long is tour of Mosques Bohoniki and Kruszyniany ?

How far is Kruszyniany from Warsaw ?

Distance between Warsaw and Kruszyniany is 260 km / 160 miles.

Distance between Kruszyniany and Bohoniki is 40 km / 25 miles.

How long is the drive from Warsaw to Mosques Bohoniki and Kruszyniany ?

Time of Bohoniki-Kruszyniany Tour may vary slightly due to the situation on the road or random events which are out of Organizer’s control.