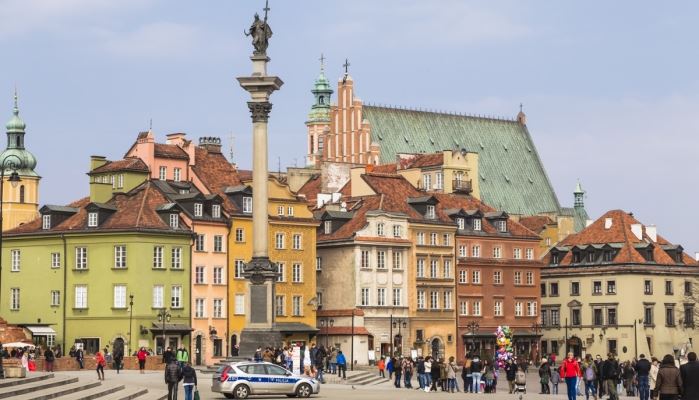 Individual tour with own guide of the trail of legends of Sirens, Basilisks, Golden Ducks and Stone Bears. And in contrast to fairy tales – from Wilanow Palace and the Old Town through Palace on the Water – to the socialist architecture on the Constitution Square.
Book the tour now
The Mermaid Statue
The Soviet man statue
The Mermaid Statue 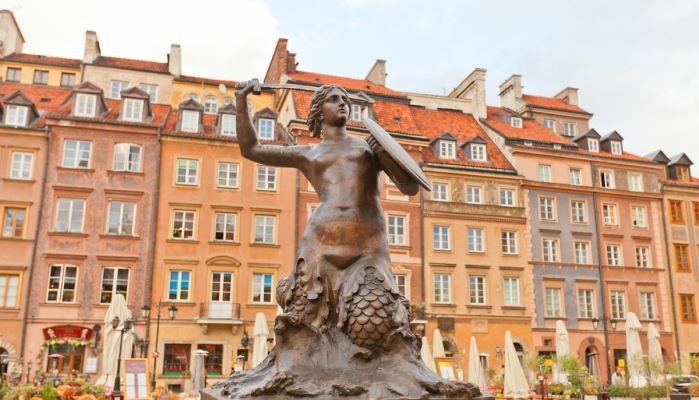 According to the legend, she is one of two mermaid sisters who swam from the Atlantic Ocean to the Baltic Sea (the second mermaid statue is in Copenhagen). The first coat of arms of Warsaw with Mermaid from the fourteenth century represents a monster with bird’s feet, lion’s tail and hooves of an ox. It was not until the fifteenth century when on the image are emerging woman’s breasts which in the sixteenth century fully matured and filled the existing flat chest. The slow evolution of the Mermaid in the seventeenth century involved removal of helmet, and addition of hair and fish tail. Finally, in the eighteenth century appears current mermaid figure.

Undoubtedly 300 years of maturation and make-up allows with greater degree of understanding look at contemporary preparing of women to leave the house.

On the end, is worth to add that due to the safety of the monument – the original was placed in a nearby museum. So anyway, the preparation came to nothing… 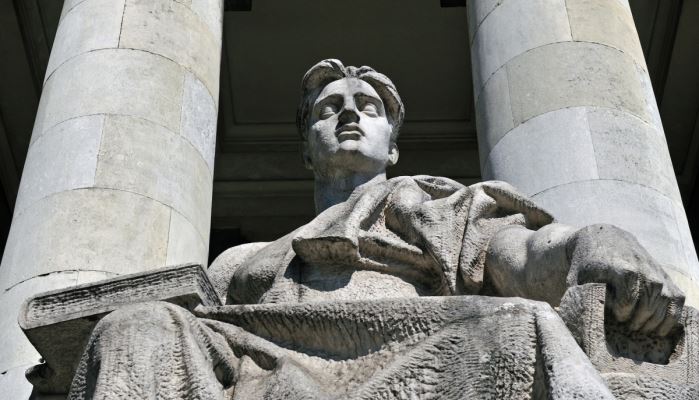 Warsaw. Monument to Soviet young man with a book and a pneumatic hammer. Since 1934 the only acceptable form of art in Soviet Russia, and from 50’s in other countries in the socialist bloc – was soc-realism. The main theme for this trend was the work of the workers, allegories of victory of communism in the world, and portraits of leaders.

Around the Palace of Culture and Science are placed over 30 social realist sculptures. From Soviet impersonation of cultural disciplines, through ideas of representatives of various continents, to images of athletes and workers.

Extremely interesting is the figure of a youth with a book inscribed with the names on the cover of the three classics of communism: Marx, Engels and Lenin.

Underneath was another classic name – Stalin, but after a thaw in 1956 was removed both from the carved book and from name of the whole complex of the palace, which originally had proud name of Joseph Stalin.

What are the best tours in Warsaw ?

How much is guided tour of Warsaw ?

The total duration of the tour: 3 hours.