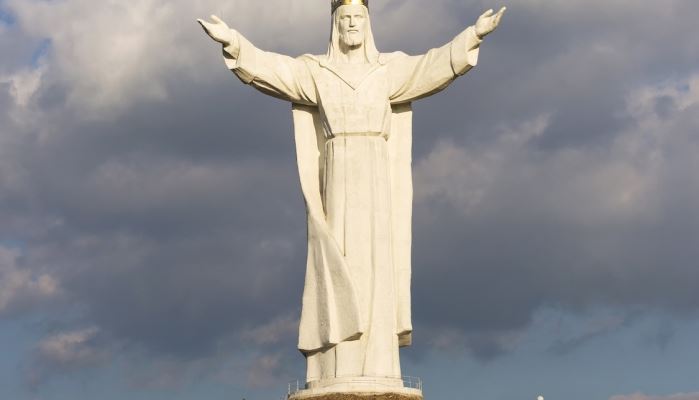 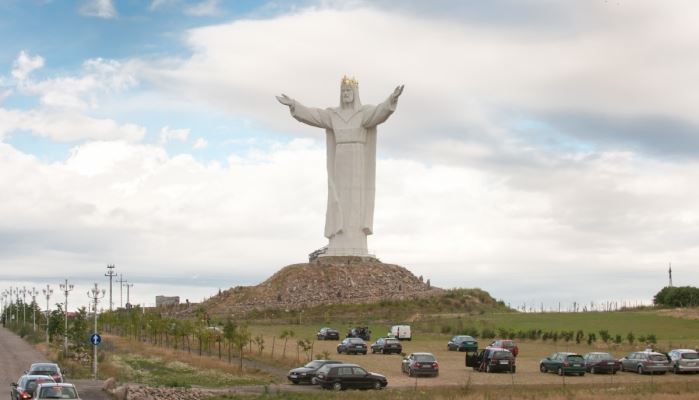 Swiebodzin. Statue of Christ, the King of Universe.

The originator and organizer of the construction of the monument, the local priest Sylwester Zawadzki said in 2010: “Jesus had an idea, I just realized it. Now I am very happy. This is one of the most important events in my life.”

At the same time – that is in 2010 – the local building inspector said:  “I remember the July 22, 2008, newspapers reported then about plans of the priest. He spread a vision of the figure 33 meters high. I clutched my head in disbelief ! In the proposal to the governor he reported the construction of a small garden architecture. I initiated control. I obliged the priest to carry out expertise of foundation bearing capacity. And the cat’s out of the bag…”

After the death of father Zawadzki in 2014, according to his last wish – cut of his heart and buried it under the monument. To this day, the prosecution check or there was not break the law, because according to the rules, body can be bury only in place special designated for this and is not allow to dismember the body.

Can you go to Swiebodzin Statue of Christ from Warsaw ?

Toyota Camry Executive VIP. Black colour of the car. Light leather on the seats and in the interior.
Capacity: 1 – 3 passengers. 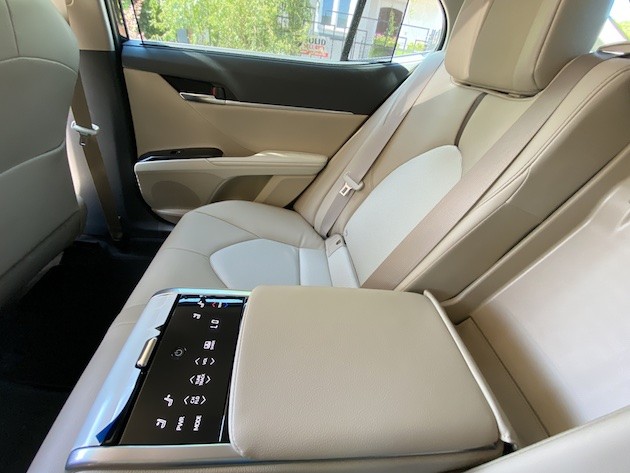 What's the best way to see the Monument of Christ in Swiebodzin ?

Day trip from Warsaw to Swiebodzin. Itinerary of the Tour.

How do I get to Monument of Christ in Swiebodzin ?

2. Swiebodzin. Monument of Christ, the King of Universe (1 hour). Individual entrance to the hill with the monument and sightseeing with our guide.

How much is guided tour of Swiebodzin ?

How long is tour of Swiebodzin ?

How far is Swiebodzin from Warsaw ?

Distance between Warsaw and Swiebodzin is 415 km / 146 miles.

How long is the drive from Warsaw to Swiebodzin ?

Time of  Swiebodzin Tour may vary slightly due to the situation on the road or random events which are out of Organizer’s control. 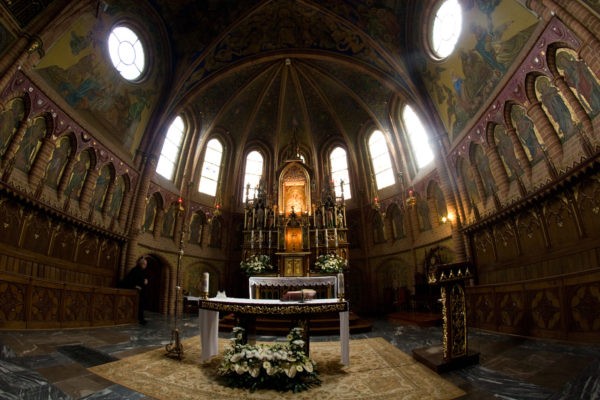 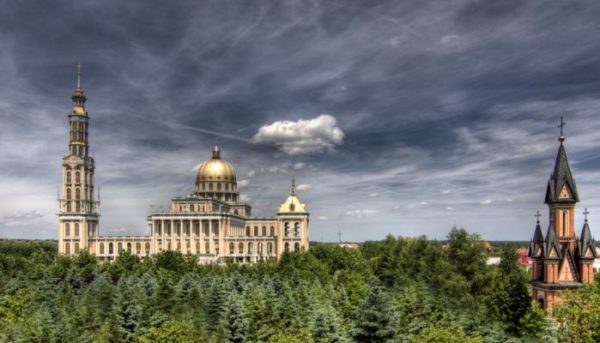 From 290 EUR
We invite you to visit Lichen – the place of the revelation of Mother of God (nineteenth century), created here the largest church in Poland: Basilica of Our Lady of Sorrows, Queen of Poland.
Details & Booking