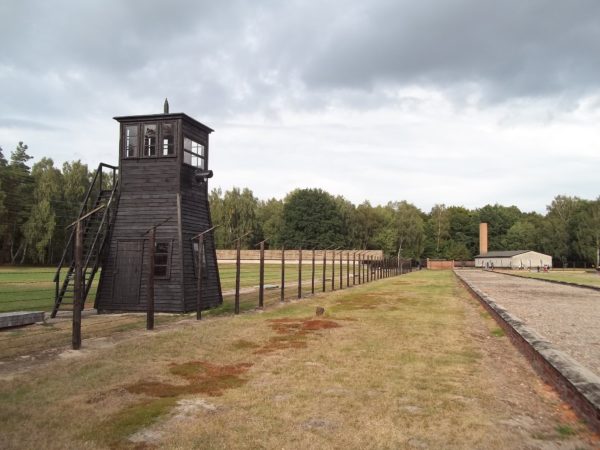 The German concentration camp Stutthof was in operation from 1939 to May 9th, 1945. Over 110,000 prisoners passed through it, of whom about 65,000 were killed.
Book the tour now
Stutthof
Camp staff
Stutthof 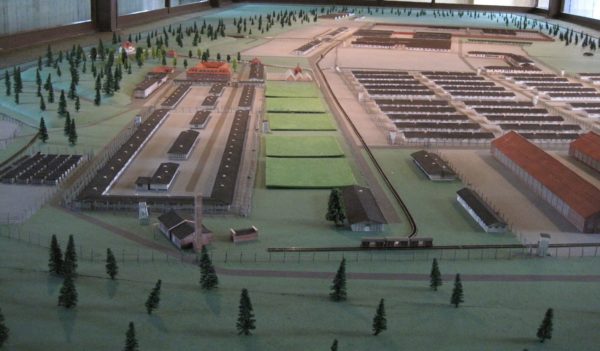 Over 110,000 prisoners passed through it, of whom about 65,000 were killed. The most numerous national groups were Jews and Poles.

Since 1942, citizens of Denmark, Norway, Finland, and even from the US (shot down pilots) were directed to Stutthof.

After the failed attempt on Hitler in 1944, the families of the assassins were placed here. 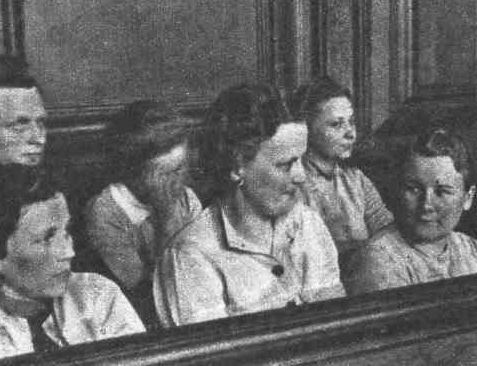 Female supervisors of the Stutthof camp.  During the war, the Germans noticed that the young women serving as guards in concentration camps were crueler than men’s guards.

In the German press, therefore, announcements about attractive work were published. Women aged 21-45 were searched. Education was not important. High pay was guaranteed (after 3 months a significant increase) as well as luxury accommodation, meals, and business clothes.

All supervisors visible in the picture with sadistic satisfaction used beatings and tortures against prisoners. After the war, they were tried by the Polish court and sentenced to death by hanging. Sitting in the middle, the torturer “Beautiful Specter” (the camp nickname) has commented on her death sentence: “Well. Life is indeed a pleasure, and pleasures usually last too short”.

On 6.11.2018, one of the last SS-man from the Stutthof crew, the 94-year-old Johann R., stood before the court in Munster. After the war, he lived affluent and peaceful life as a school headmaster. In his testimony, he stresses that he only served as a guard at the watchtower and did not know anything about what was happening in the camp.

Highlights of Stutthof Tour from Warsaw.

Can you go to Stutthof from Warsaw ?

Stutthof Tour from Warsaw. Itinerary of the Trip.

How do I get to Stutthof ?

2. Stutthof. Museum of Struggle and Martyrdom of Stutthof. Permanent exhibition in the museum with multimedia shows. Monument in honor of the murdered. The Cremation place. The Railway station. The Kennel. The Main Gate. Guardhouse of the SS. The Headquarters. Canteen. Museum building. Exhibitions: Traces of crime, Penalties, Witnesses, Jews in Stutthof, Mockup of the camp. The Old camp. Women’s block. Hospital. Washroom. Gas chamber and crematorium. The New Camp. The Watch tower. Block VI and VII. The Jewish Camp. A pile of burnt.

Where is Stutthof ? Is Stutthof close to Warsaw ?

How much is guided tour of Stutthof ?

How long is tour of Stutthof ?

How far is Stutthof from Warsaw ?

How long is the drive from Warsaw to Stutthof ?

Time of Stutthof Tour may vary slightly due to the situation on the road or random events which are out of Organizer’s control.