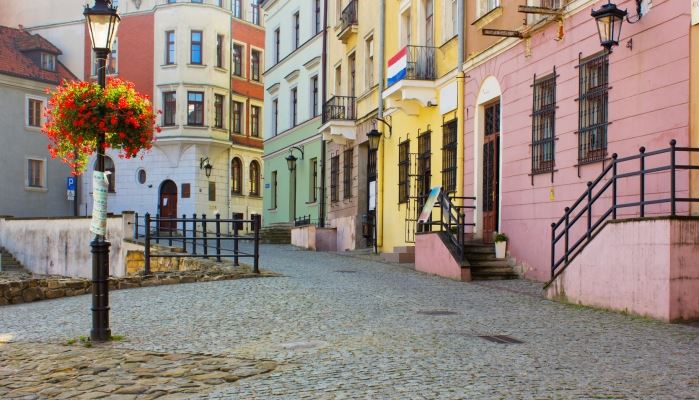 Lublin is located on the border of Eastern and Western cultures on the ancient trade route. From the early Middle Ages, lived here Jews, Russians and others.
Book the tour now
Lublin
Majdanek
Lublin 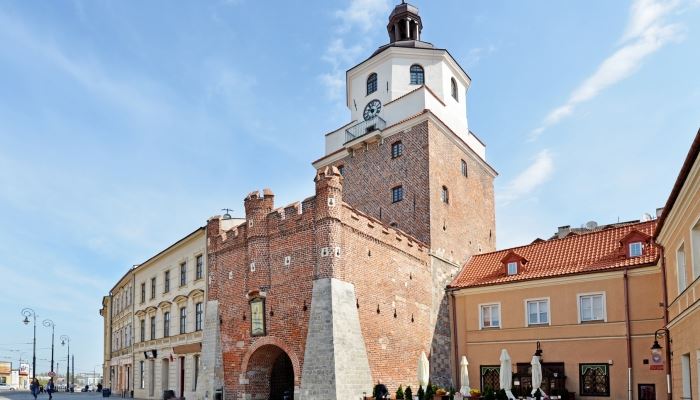 It is a conglomeration of different styles. Over the years, added new elements to it.

An interesting is visible clock from the sixteenth century, which traditionally works wrong. Apparently, it is misbehavior of a spirit of watchmaker who once lived in the tower, and more time spent on drinking booze than on repair of the clock.

To this day, no one can remedy this and the poor spirit is forced for centuries to drinking and deterioration. 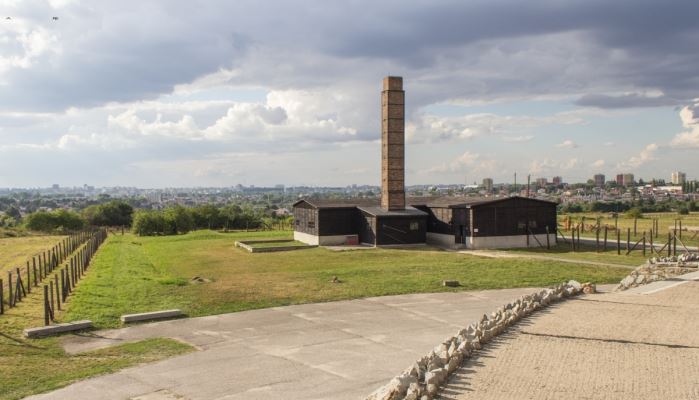 Majdanek concentration camp. In 1942, at night took place one of the most spectacular escapes in the camp. Using the time of guards’ change before midnight, 86 Soviet prisoners of war flipped blankets on the wires. Then, on the blankets they put boards and jumped over the fence. At that time there were only two towers guards, one of which jammed a rifle because of nerves. Among 86 prisoners, 84 taken refuge in the forest and they were never found. In retaliation, Germans shot 40 other Soviet prisoners of war in the camp.

The camp commander tried to show in the statistics that 40 killed in the camp were shot while trying to escape, but the fraud was detected quickly. The commander has been removed from the office after a month. After year he was arrested.

And after 2 years he was shot in Buchenwald concentration camp – one month before the end of the war, in April 1945.

Highlights of Majdanek and Lublin Tour from Warsaw.

Can you go to Majdanek and Lublin from Warsaw ?

What's the best way to see Majdanek and Lublin ?

Majdanek and Lublin Tour from Warsaw. Itinerary of the Trip.

How do I get to Majdanek and Lublin ?

Where is Majdanek ? Where is Lublin ? Are Majdanek and Lublin close to Warsaw ?

How much is guided tour of Majdanek and Lublin ?

How long is tour of Majdanek and Lublin ?

How far is Lublin ?

How long is the drive from Warsaw to Lublin ?

Time Majdanek and Lublin Tour may vary slightly due to the situation on the road or random events which are out of Organizer’s control. 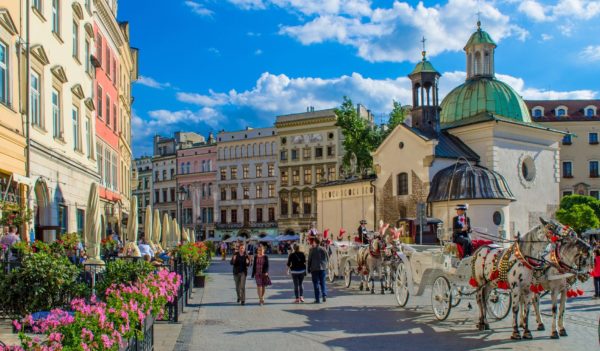 2 Day Trip From Warsaw: The Beauty And The Sorrow 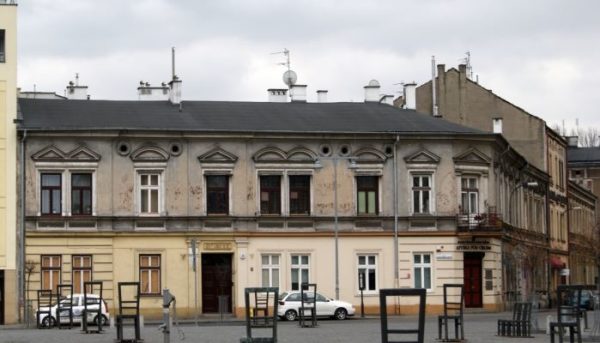 From 450 EUR
We invite you to visit the two most important places in Poland. The medieval capital of Poland – Kraków, and the largest extermination camp Auschwitz-Birkenau.
Details & Booking 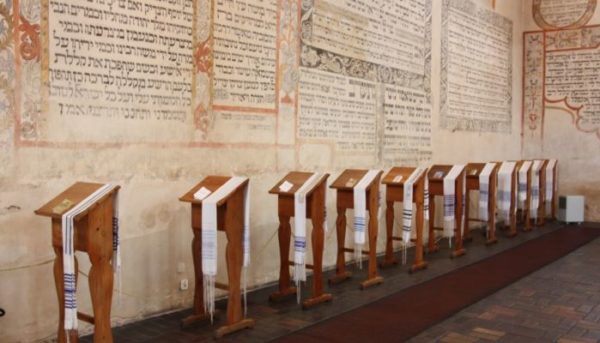 From 330 EUR
On this trip we will see the world that no longer exists. Small Jewish, sleepy town with a beautiful Synagogue – the second largest in Poland. It is preserved and restored like yesterday would be there prayers. At the end we will visit place of the Holocaust – the Treblinka death camp (second after Auschwitz in terms of killed people).
Details & Booking