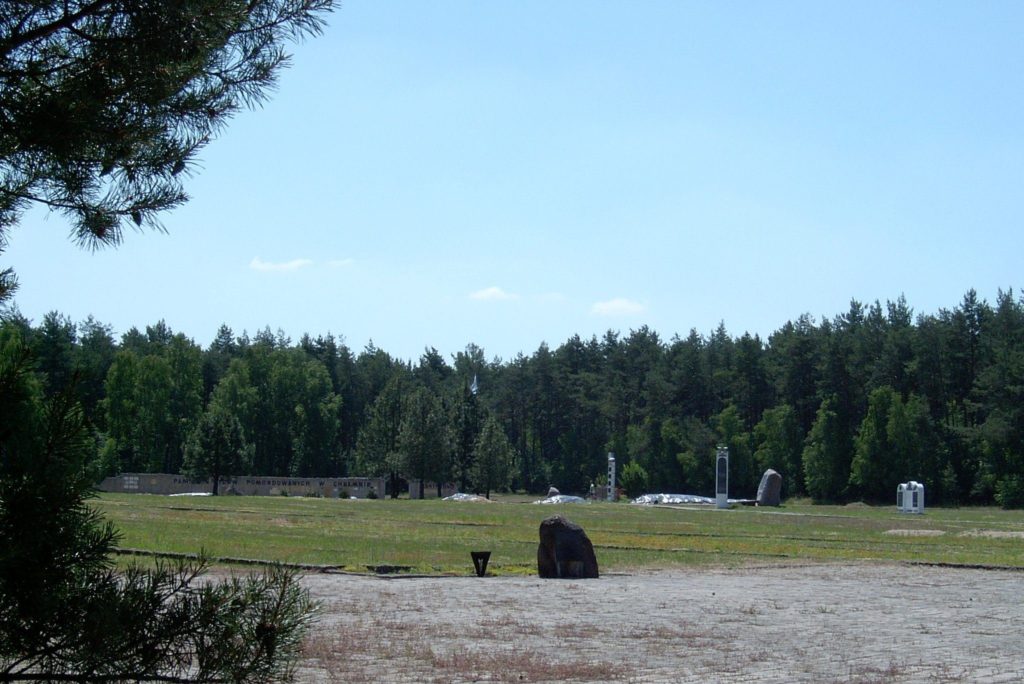 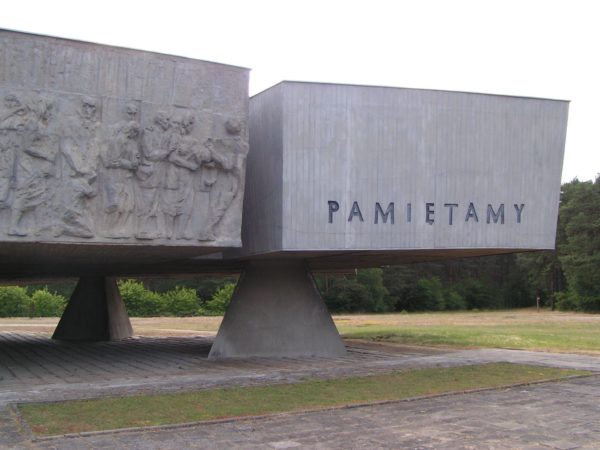 Kulmhof. In the Kulmhof forest, various attempts have been made to get rid of the corpses of the murdered Jews. Starting from exploding bodies by incendiary bombs, and ending on fragmentation bombs. Finally, they were burnt in pits, laying on railway rails and interspersing with lots of wood. Auschwitz commander, Rudolf Hoess, participated in these experiments personally.

After the war, Szymon Srebnik, one of the few witnesses of the Holocaust, visited the camp:

“It’s hard to recognize, but this is that place. People have been burning here. Many people were burned here. It has always been quiet here as now. Always. Even when 2,000 Jews were burnt daily. The peace was the same as now. Nobody shouted. They did what they were supposed to do. It was quiet and peaceful. Like now. Even today I can not believe that I am here…” 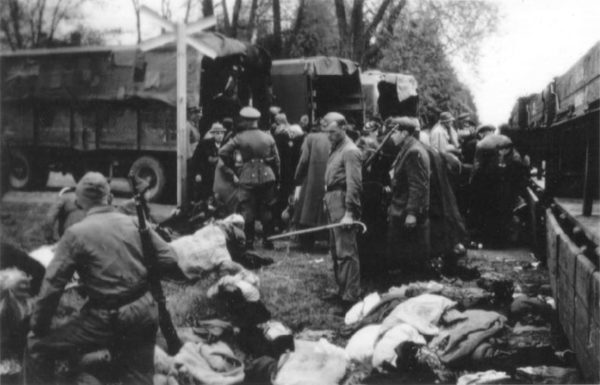 “(…) Transporting prisoners to the forest by trucks took place at 6 am. The Jews do not expect any danger. In the evening, inmates from Waldkommando have told us what happened in the forest. After the trucks arrived in the forest, the Jews were ordered to go to one of the barracks in the forest. The Germans ordered them to take off their clothes and put them in a separate pile, because they will receive them again right after the bath. The signs on the barrack walls sounded “to the bathhouse” and “to the doctor”. The Jews were expelled from the barracks and loaded into a special type of vehicle. (…) There were three delivery vans (…). These large ones could take up to 170 people, while smaller ones – 100-120. The van’s doors were locked with bolts and a padlock. Then the engine was started. The flue gases were introduced inside. (…) Shouts and pounding on the door lasted about 4 minutes. The car did not move during this time. When the screams died down, the vehicle moved towards the crematorium. (…) Burstinger, Laabs, and Gielow were the chauffeurs”.

In 1950, the Polish Court in Poznań sentenced Gielow to death.

In the 1960s, guards’ processes took place in Germany. The chauffeur Laabs was given 15 years’ imprisonment.

Can you go to Kulmhof Chelmno from Warsaw ?

Day trip from Warsaw to Kulmhof Chelmno. Itinerary of the Kulmhof Tour.

How do I get to Kulmhof Chelmno ?

2. Kulmhof Chelmno. Museum of Struggle and Martyrdom of Kulmhof. Permanent exhibition in the museum.  Monument in honor of the murdered.

How much is guided tour of Kulmhof Chelmno ?

How long is tour of Kulmhof Chelmno ?

The total duration of the tour: 5 hours.

How far is Kulmhof Chelmno from Warsaw ?

Distance between Warsaw and Kulmhof Chelmno is 180 km / 111 miles.

How long is the drive from Warsaw to Kulmhof Chelmno ?

Time of Kulmhof Chelmno Tour may vary slightly due to the situation on the road or random events which are out of Organizer’s control. 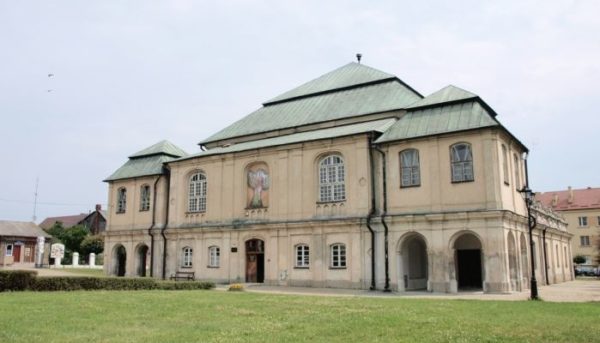 From 345 EUR
To the death camp in Sobibor were directed transports mainly from Lublin Region, France and Netherlands. Killed more than 250.000 Jews here. In 1943, in the camp an uprising broke out under the leadership of the Russian Jew, the Red Army lieutenant – Alexander Pechersky.
Details & Booking