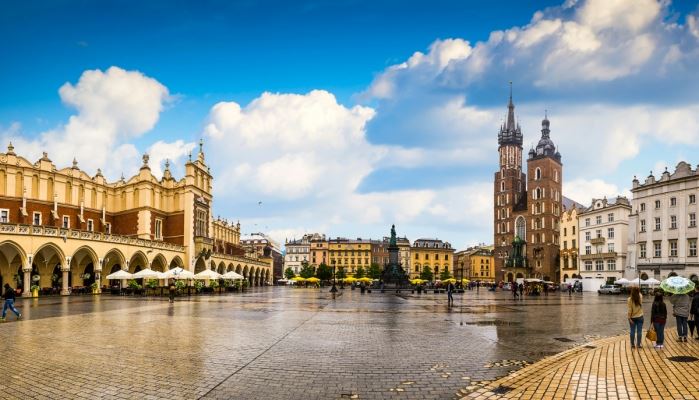 See all the most important places: Krakow with Salt Mine in Wieliczka and Auschwitz in a nutshell. This is what other takes from 2 to 3 days – you will explore it in several hours.
Book the tour now
Krakow
Wieliczka
Auschwitz
Krakow 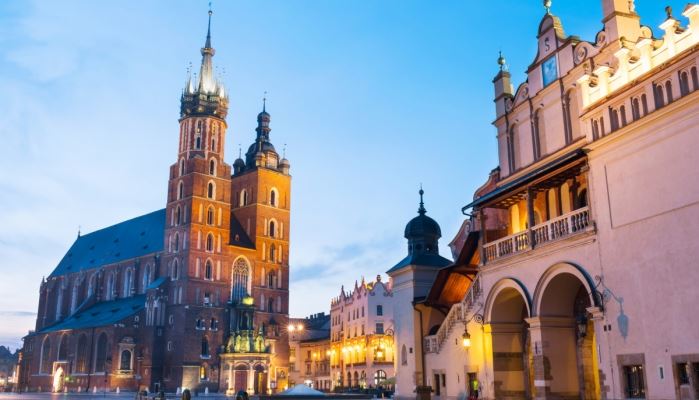 From the higher tower of the church of the Virgin Mary, every hour a professional firefighter-trumpeter plays a tune on the 4 corners of the world. This tradition has about 700 years old and is associated with the legend of Heynalists, who warned the city before the upcoming Tatars. Although, successfully closed the gates but the trumpeter was killed by Tatar arrow. In memory of his death – the performed signal abruptly breaks off before the end of the tune.

Nowadays, people sleeping in the summer nights with the windows open, they hear the same hourly bugle call, and instead of rams, they calling the Tatars… 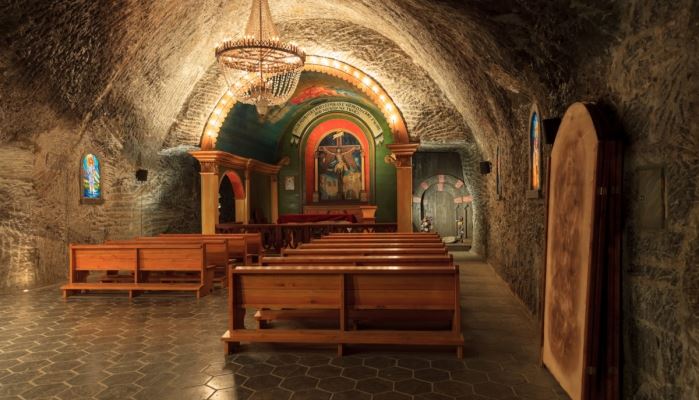 A wooden figure of crucified Christ on the main altar dates from the eighteenth century and is located on the background of image of color Jerusalem. On the vault placed the Trinity. Chapel today serves as a popular place for weddings.

Hiring underground halls for private wedding ceremonies is the cost of at least 150 EU per hour (Chapel of St. John) to 500 EU (Chapel of St. Kinga), the price may increase depending on many factors that are difficult to list in this short description. Equally serious limitation as the financial aspect – is the date of reservation.

Due to the interest, the wedding should be planned two years in advance. 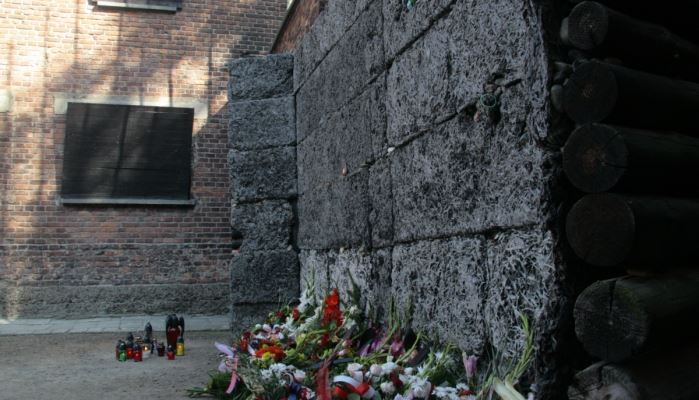 Auschwitz I. Wall of Death. Block 11.

Internal prison of Auschwitz where died both prisoners from the camp, and prisoners brought from outside. On the first floor there was a court-martial of the Gestapo, which was passed a death judgment on an expedited basis. Immediately after hearing the judgment, the victims were discharged on the inner courtyard and killed by shot in back of the head.

Only during the first mass execution in 1941, at the Polish independence day, 151 people were executed.

German non-commissioned officer Palitzsch, by loading each time a new cartridge to rifle, shot down one at a time 151 people. The camp commandant and the camp doctor looked on it. In his memoirs, the commander described the NCO:

“Impassive and calm, unhurried and with unmoved face, he performed his awful work. He was probably mentally so hardened that he could constantly killing, not thinking about anything (…) “.

Highlights of Krakow, Wieliczka Salt Mine and Auschwitz Day Tour from Warsaw.

Can you go to Krakow, Wieliczka Salt Mine and Auschwitz from Warsaw in one day ?

What's the best way to see Krakow, Salt Mine Wieliczka and Auschwitz from Warsaw in one day ?

Krakow, Salt Mine Wieliczka and Auschwitz Tour from Warsaw. Itinerary of the Trip.

How do I get to Krakow, Salt Mine Wieliczka and Auschwitz from Warsaw in one day ?

2. Sightseeing of Krakow (1 hours) with licensed guide in English.

Tour through the Old Town: Royal Road, Church of St. Florian, Juliusz Slowacki Theater, Planty Park, remains of the ramparts of Krakow, Barbican, Florian’s Gate and Street, Grodzka Street, Market Square, St. Mary’s Church with an altar by Veit Stoss, Cloth Hall and National Gallery of Art, Church of St. Adalbert, Jagiellonian University. Additional option to choose from instead of free time – or Schindler Museum, or underground of Market Square with historical exhibition of the city.

4. Wieliczka Salt Mine.Visiting the Mine takes place only in groups of about 35 persons. Start of the trip is going down by 380 stairs to a depth of 135 meters below ground (happily, return is already by mining lift).

The tour has 3 kilometers of corridors. On the trail is more than 20 chambers with the famous chapel of St. Kinga (built entirely of salt), Michalowice Chamber, Weimar Chamber. The temperature underground is approx. 15 C / 59 F regardless of temperature on the surface.

How much is guided tour of Krakow and Salt Mine Wieliczka and Auschwitz Birkenau ?

How long is tour of Krakow, Salt Mine Wieliczka and Auschwitz ?

The total duration of the tour: 14 hours.

How far are Krakow, Salt Mine Wieliczka and Auschwitz from Warsaw ?

Distance between Krakow and Wieliczka is 15 km / 9 miles.

Distance between Wieliczka and Auschwitz is 70 km / 43 miles.

How long is the drive from Warsaw to Krakow, Salt Mine Wieliczka and Auschwitz ?

Time of Krakow-Wieliczka-Auschwitz Tour may vary slightly due to the situation on the road or random events which are out of Organizer’s control. 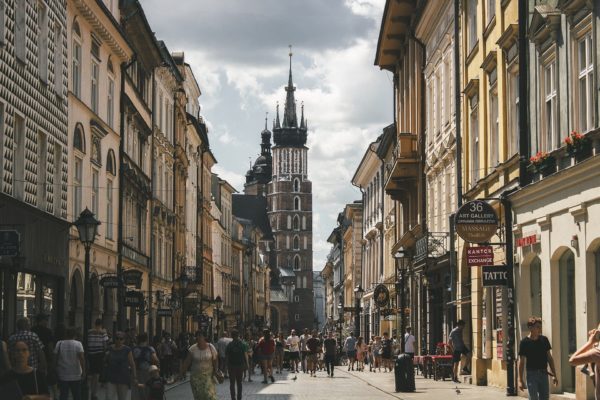 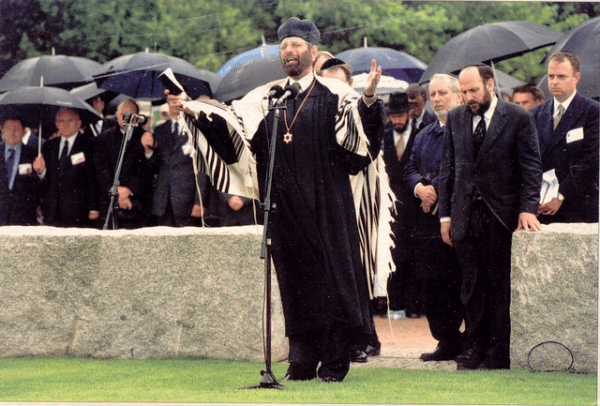