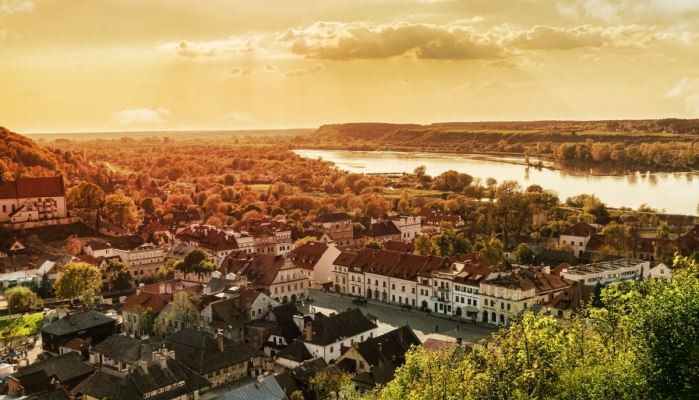 Kazimierz Dolny is the pearl of Polish Renaissance. Next to the large number of historic buildings and places , we have close contact with nature (Vistula slow flowing in the bends or unusual loess gorges).
Book the tour now
Kazimierz Dolny
Root Hole
Kazimierz Dolny 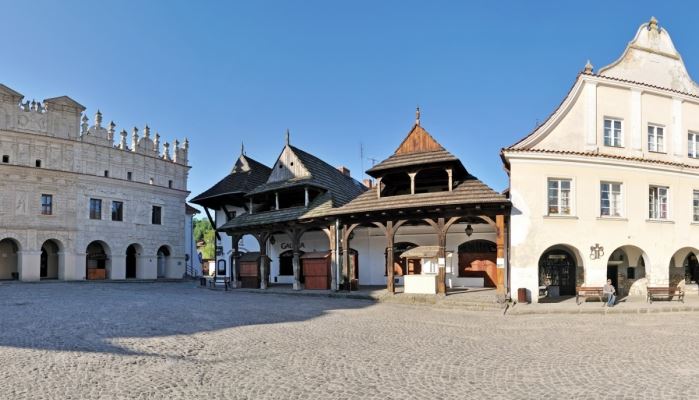 Kazimierz Dolny. It was already founded in the eleventh century, which is earlier than the nearby Lublin but since then, despite the passage of years – maintains the size of the same level of 3.000 inhabitants. Plus 3.000 visitors each day.

The whole Kazimierz is a monument. Starting from the pavement on the Marketplace, through stairs, houses and ending with antique sellers and their antique paintings that nobody buys… Entire Kazimierz lives from tourism.

Tourists are divided into two groups: the rich inhabitants of Warsaw and Krakow drinking cold beer on the market cafes. Others, drinking free water from the well. 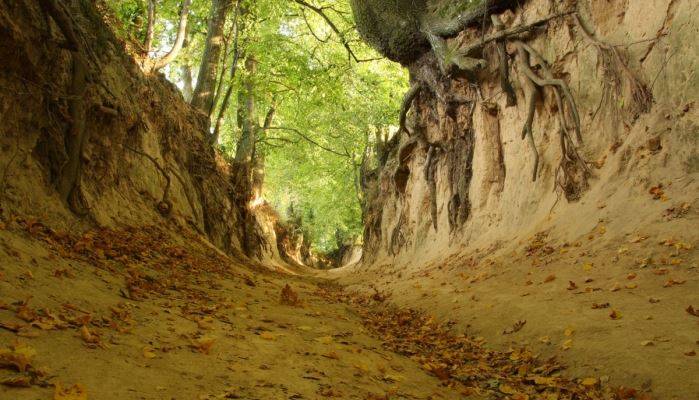 Around Kazimierz Dolny is densest in Europe network of deep gorges.
Both natural and caused by human activities.

Well, in some of the valleys, vehicle wheels and hooves of horses furrowed over the years traces in a soft loess, which then easily underwent erosion. The height of vertical walls is as high as more than a dozen meters and jutted horizontally outward roots of trees create fantastic, fabulous form.

Can you go to Kazimierz Dolny from Warsaw ?

Day trip from Warsaw to Kazimierz Dolny. Itinerary of the Tour.

How do I get to Kazimierz Dolny?

2. Sightseeing of Kazimierz Dolny and surrounding areas by electric bus (audio-guide, 3 languages: English, German, Russian). Loess gorges “Root Hole”. Promenade on the Vistula and granaries. The Jewish cemetery on the hill (so-called Wailing Wall). Additional options to choose from: one hour boat trip on the Vistula River (view on the old quarries and Cow’s Island). Individual hour walk through the galleries of art and antiques bazaar and then time for a cup of coffee on the Market Square. A visit to the synagogue and museum and then coffee time on the Market Square.

How much is guided tour of Kazimierz Dolny?

How long is tour of Kazimierz Dolny?

How far is Kazimierz Dolny from Warsaw?

Distance between Warsaw and Kazimierz Dolny is 145 km / 90 miles.

How long is the drive from Warsaw to Kazimierz Dolny?

Time of Kazimierz Dolny Tour may vary slightly due to the situation on the road or random events which are out of Organizer’s control.